For over a decade Ruby has been of supporting businesses, entrepreneurs, funders and impact investors in Africa, the US, UK and Europe.  She came back to Canada to found Supivaa Advisory Group, working with both investors and entrepreneurs seeking to become more grounded in creating impact and rooted in inclusiveness.

Ruby is a seasoned entrepreneur, impact investment practitioner and executive business advisor focused on entrepreneurship, women’s inclusiveness/gender-lens investing and Africa’s growth across a variety of sectors including renewable energy, agriculture, and fintech. She’s held roles as Managing Director, CEO, COO and CMO for companies benefitting from commercial, impact and/or blended finance from the likes of USAID, the EU Commission, DFIs, and European-based impact investors.  Ruby’s a passionate speaker on the topics of entrepreneurship, women’s empowerment, diaspora investments and the potential in Africa for prominent events globally.

Truly global by nature, she has lived in 16 countries through her career in UK, Europe and Africa including  Tanzania, Nigeria, Madagascar, South Africa, Cameroon, Uganda, Egypt, and Kenya.

She currently sits as a Senior Advisor and Head of Entrepreneurship Uhusiano Capital, a UK-based impact investment firm which bridges UK & European impact capital into Africa. She is the Co-Treasurer and Board Director for The HiVE Vancouver, a social impact-focused co-working community. Ruby’s also an Activator of SheEO (UK Ventures), and a voting member of the Canadian Forum for Impact Investment & Development (CAFIID).

Early in her career, she worked with both governments and private sector in emerging markets to promote their respective countries to investors, policy-makers and key decision makers, by producing reports distributed publications such as The Wall Street Journal, The Economist and the International Herald Tribune (now The New York Times International).

She served as Managing Director of Push Observer, an investment of SixTelecoms Group in Tanzania, where she trebled the company’s client base in less than 2 years working with clients including of Vodacom, Diageo, the United Nations, British Gas and the Government of Tanzania.

She was the Chief Marketing Officer at Homestrings Ltd, later known as Movement Capital, one of the first crowd-funding sites in Africa. A part of the founding team, Homestrings raised $25 million USD for 35 deals in 12 countries across Africa. She served as interim-CEO for a solar energy and agriculture company in Madagascar which is a blended finance/hybrid investment of a private investor and grant funding from the EU.

Ruby holds an international MBA from IE Business School (Spain), a BA in Communications and Political Science from Simon Fraser University (Canada) and a Diploma in Broadcast Journalism from Columbia Academy (Canada). 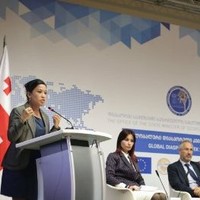